A Love Letter to Life Itself 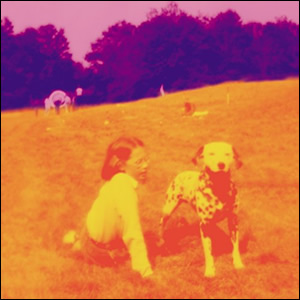 After the productivity of 2003, E decided to take some time to regroup. However, he wasnâ€™t out of ideas; in fact, he had something spectacular up his sleeve. During the past several years, E had recorded bits of material, some of which had never made it onto albums. He took some of these songs, combined with brand new music, and combined them together to create the heavy hitting two disc classic Blinking Lights and Other Revelations, which was released in April 2005 by Vagrant Records.

Blinking Lights, in addition to its length (the album clocks in at a record 93 minutes and 28 seconds), is unparalleled in its warmth, beauty, and intricacy, in terms of Eâ€™s music, lyrics, and vocal qualities. E himself has referred to this album as a â€œlove letter to life itself, in all its beautiful, horrible glory.â€ In fact, Blinking Lights is just that; it runs the gamut from love and loss to the musings of a former railroad worker and the reflections of a grandfather on his past. While some tracks are lyrical masterpieces, others are perfect simply because they have no words at all, and, in reality, require none; here, Eâ€™s genius as musician is made explicit. As both a producer and a performer on the album, his heavy influence on the album is noticeable at all times. It is clear that E intended this album to be unlike anything he had ever done before; a tremendous, intricate piece of work that touched on every aspect of human life and emotion. He achieved this, and much more.

Blinking Lights is also one of the Eelsâ€™ most musically diverse albums. Besides E, Butch, and Eels regulars The Chet and Koool G Murder, a plethora of trained musicians were called in to make this album an affair to remember. Blinking Lights features trumpet, violin, cello, bass, saxophone, trombone, organ, flute, and various horns, woodwinds, and strings instruments. E also called in fellow musician Tom Waits, and even his own dog, Bobby Jr., to help with the vocals. Like E himself, â€œBlinking Lightsâ€ is original, kooky, and utterly mind blowing in its capacity to think, feel, and express.

Disc 1 begins with the exquisite instrumental â€œTheme for Blinking Lights,â€ which sounds rather like a lullaby, with its soft, tinkling instruments and Eâ€™s humming vocals. â€œMarie Floating Over the Backyardâ€ is another gorgeous instrumental, almost spooky; Eâ€™s eerie chanting swirls alongside the dreamy strings and piano arrangement. â€œFrom Which I Came/A Magic Worldâ€ and â€œSon of A Bitchâ€ detail the birth and early life of a child. â€œFrom Which I Cameâ€ is joyful, warm, and bright, while â€œSon of A Bitchâ€ discuss a less than ideal home life. â€œTrouble With Dreams,â€ â€œSuicide Life,â€ â€œCheckout Bluesâ€ and â€œLast Time We Spokeâ€ are reminiscent of Electroshock Blues in that they speak of depression, fear, and doubt, as well as the fact that they are positively overflowing with beautiful, carefully planned melodies. â€œBlinking Lights (For Me)â€ and its accompanying â€œBlinking Lights (For You)â€ are twin masterpieces. Although one is entirely instrumental and the other is focused mainly on the lyrics, both are separate entities and should be appreciated as such. â€œAinâ€™t no rainbow in the sky/In the middle of the night/But the signalâ€™s coming through/One day I will be all right again,â€ E states, firmly.

Disc 2 is merely another page of Eâ€™s brilliant â€œlove letter to life.â€ It opens spectacularly with â€œDust of Ages,â€ a wistful tune about moving forward with life. â€œThe dust of ages/Settles on your days/But Iâ€™m not fucking around anymore/Iâ€™m on my way.â€ This downbeat gem is followed by the rollicking â€œOld Shit/New Shit,â€ which conveys a similar sentiment, but in an entirely different manner. It is a stomper of a song, enthusiastic and overpowering. â€œIâ€™m tired of the old shit/Let the new shit begin!â€ E demands. Several other instrumental beauties rear their heads on Disc 2, such as â€œBride of Theme from Blinking Lightsâ€ (yes, thatâ€™s really what itâ€™s called), â€œGodâ€™s Silenceâ€, â€œLast Days of My Bitter Heart,â€ and â€œDusk: A Peach In the Orchard.â€ All of these songs are deeply imaginative, and although they lack words, they are better off without them; any vocals would distract the listeners from the diverse instruments and elegant composition of the songs. This album is meant to be savored bit by bit, not rushed through.

Blinking Lights, despite being an extremely tricky venture (a double album!?), paid off enormously for the Eels: it was lavished with praise by critics and listeners everywhere. The album was called â€œshimmeringâ€ by the New York Times, â€œheavenlyâ€ by Rolling Stone, and an â€œabsolute stone masterpieceâ€ by Entertainment Weekly, among many others. Newspapers, magazines, critics, and fans of all kinds were absolutely stunned by the majesty of Blinking Lights and the genius of the heavily bearded man behind it all. The success of the album was followed up by an equally successful tour, Eels Live With Strings, which made Eels music feel like a classical music concert experience.

After such a constant string of recording and album releasing, E had more than earned himself a break. After the tremendously successful release of Blinking Lights and its follow up tour, E took some time to rest and relax before heading back to the studio and making some more magic.