This album review is provided by J.D. Cook, a writer of fiction, essays, reviews and the managing editor of the website New Pulp Tales. Find out more about Mr. Cook at JeremiahDylanCook.com.

While the internet age has given the world many new problems, access to independent music is not one of them. It’s a fabulous time to be an artist of any kind as you can use the various platforms on the web to try to find an audience. Ric Albano is one of these entrepreneurs of cyberspace. With the music project named Sinclair Soul, Albano released two previous albums, The Journey in 2017 and Reflections of Relevance in 2018. The latest album, 2019’s The Good Guys, is the best work yet.

The collection opens with “Better Days, Better Ways”, an excellent jam to capture the audience with enjoyable keyboards throughout. Next up is the song “Truth”. There’s an impressive acoustic guitar introduction with a neat build-up to a crescendo and change in the midpoint of the song, with this middle section reminiscent of The Marshall Tucker Band’s “Can’t You See”. The pacing changes in this song keep it fresh to the ear over its 6-minute length, with the lyrics speaking to the disillusionment of learning the hard facts about someone or seeing others repeatedly believe the lies of a dishonest person. While the title track, “The Good Guys”, might be the best song on this album, “Truth” is its most complex composition.

“It’s Only Love” is a fine, slower song with an entertaining acoustic guitar. This could be mistaken for a sort of love ballad at first, but the lyrics again speak to disillusionment, especially true in the final verse where the title hook makes it sound like love isn’t worth a whole lot. Following this is “And They Do All Still Exist” with fun drums by Ron Simasek delivering a Johnny Cash quality to the beat. The song ends in a really rocking climax with reflections on the afterlife.

The song which the album draws its name from, “The Good Guys”, might be the most polished track on the album because of the addition of Mycenea Worley‘s vocals and the bass skills by Paul Smith, engineer and owner of the Northumberland, PA 8 Days a Week studio where the album was recorded. The title song conjures the feeling of knights on a righteous quest in the lyrics and rhythms, as the dueling vocals at the coda are an ambitious choice, as the voices sometimes clash.

Next is “Remember”, with an exciting guitar introduction to this song, and the layered guitars performed by Bret Alexander on rhythm and Phil Brosius being the standout instrument on this track. Overall, this is a wholesome tune about love in the elder years. In the next two songs, Albano touches on the theme of time. “Roaring 20s” starts with a unique dripping-like synth sound and the song’s lyrics look forward to the new perspective of a decade – from 2019, with the thesis seems to argue that you should spend your time wisely. “Only Time Will Tell” touches on the same subject, but it stresses that you don’t know the outcome of your present-day actions until the future. The country twang of the guitar in this song is excellent. 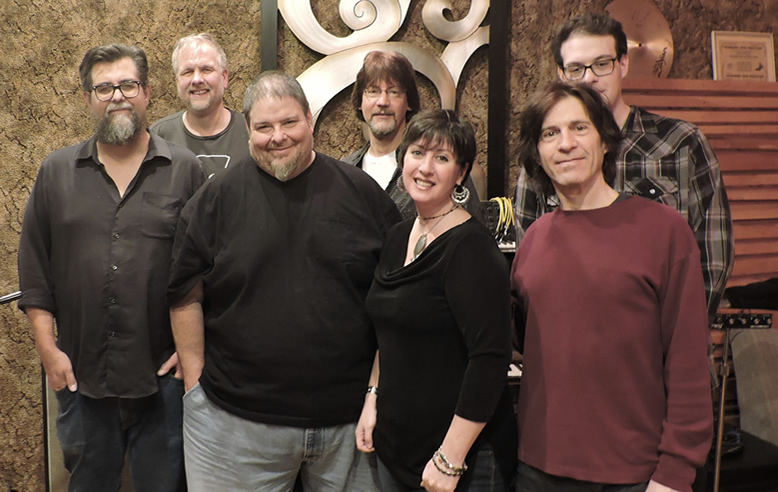 Finally, the two closing tunes are “The Pennsylvania Poet” and “A River and a Soul”. The first has a title that is reminiscent of the famed “Pennsylvania Polka”, in terms of its alliteration. It’s a track about trying to escape a hometown. This song is solid, but it might be better served in a slightly briefer form. Lastly, “A River and a Soul” has a unique feel that reminds the listener a little of grunge and 90s rock.

This album is a fantastic distillation of the talents of those involved, including the fine mixing by newcomer Jake Albano, Ric’s son. All this contributes to The Good Guys having a signature sound. If you were to pinpoint that sound on a chart of musical types, it would probably be located at the intersection of blues and folk. Ric Albano gets better with every production, and since the goal of any artist is to keep honing your skill, that’s a testament to his dedication to the craft.