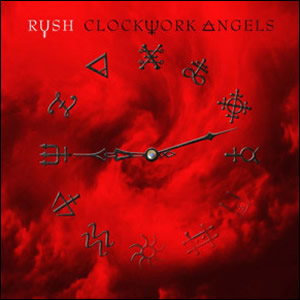 It’s quite a “rush” to listen to a new album by rock’s holy triumvirate, the Canadian band Rush. I can still recall the excitement in the air when I purchased Snakes and Arrows on a bright May 1, 2007. That album was a true revelation of rock and seeing them twice on the subsequent tour only deepened my appreciation for the band and that album. Now, five years later Rush has released their long awaited follow-up to that album with Clockwork Angels, a 12-track concept album. It is the group’s 20th studio album since their eponymous debut way back in 1974, but only their 3rd this century.

Ever since Rush returned in 2002 with the album Vapor Trails after a six year hiatus, they have been consistently fantastic in all facets of their career. They have even become a little less camera shy, appearing on some television shows and in the 2009 comedy film I Love You Man. In this later stage of their career Rush has achieved the fame, success, and appreciation that they should have had in their prime (although the buffoons at the Rock and Roll Hall of Fame haven’t yet seen it). Despite being continually wound down by time the men in Rush continue to stay on top financially and musically. Preceding this latest release, the two albums Rush has released since the dawn of the 21st century have been two of their best, but does Clockwork Angels match up to their previous accomplishments?

Before I get into moral values like good or bad, I must first do a bit of explanation on why Clockwork Angels is a historic album. Not since 1980’s “Natural Science” has Rush done a true extended, multi-part concept song and they had not done a “concept album” since 1978’s Hemispheres. Strangely, although Rush is perhaps best known for concept albums; Clockwork Angels marks their first one end to end. You read that correctly. Their most famous concept work 1976’s 2112 had unrelated tracks on its second side, as did all of their previous and post “concept” work. This is the first time Rush has dedicated an entire album to a single concept; or perhaps more fittingly – a story. Rush fans will recognize the importance of this album as it infuses the science fiction tales that were present in their early career with the hard rock sound of their most recent work.

Like all their previous albums by Rush, the packaging on Clockwork Angels is intricate and detailed. Note the time displayed on the clock on the cover, it is set to 9:12, or 21:12 military time, a definite nod to that classic album three and a half decades in the past portraying events which will take place exactly a century from now. The booklet inside the album gives a summary of every song along with the oriented lyrics. This is something I actually dislike as I feel a concept work is made better by leaving the better part of interpretation to the listeners, but at the same time the snippets of story are kept small. Artist Hugh Syme, who has worked with the band on virtually every album since Caress of Steel in 1975, does an awesome job with the artwork throughout the booklet. In many ways, the artwork itself stimulates the imagination better than the story summaries. 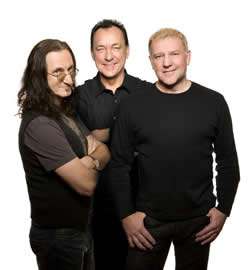 On the subject of the story, it is good. Not as new or interesting as 2112 or Hemispheres, but it keeps the listener and the thinker entertained. Written by lyricist and drummer Neil Peart, the story follows a young man and his adventures throughout his life in a steam punk world (steam punk being a sort of art style and fictional setting in which steam is used to power things like flying wooden ships). Much like Hemispheres, which explored the left vs. right brain (logic vs, emotion), Clockwork Angels story has two opposing forced – order vs, chaos. The “order” in the story is the Watchmaker while the “chaos” is the Anarchist. The protagonist makes his way from his small farm, through the capital city of Crown City, to the far north, and finally settles down after many adventures and tragedies. Throughout the journey he examines his own metaphysical beliefs, attitudes, and outlooks. In many ways this is a musical bildungsroman.

The story and the music start with the song “Caravan”, a song that was originally released as a preview to this album two years ago in 2010. This track may be the most balanced of the album as vocalist/bassist Geddy Lee, guitarist Alex Lifeson, and Peart all seem to be equally represented, something that is not consistent throughout this album. The song starts with a simple, straightforward, Rush-like riff before getting more complex in its arrangement, including a funky bass-driven section, The story aspect of the song is clearly presented with the refrain “I can’t stop thinking big”, a lyric that reflects the restlessness at the beginning of the story.

“BU2B” starts with a weird, surreal beginning of strummed acoustic and wild vocal effects before crashing in hard and strong led by Peart’s wild yet precise drumming. Peart seems to have returned to a much “younger” form of drumming on this album as he crashes from song to song with the intensity of a Keith Moon or a John Bonham. My only real beef with this song is the title. What’s wrong with “Brought Up to Believe” “BU2B” makes it sound like a dumbed down shortcut for texting! What is happening to the King’s English? Although I object to the title, this song also has some of the most potent story and metaphysical based lyrics;

“Believe in what we’re told, until our final breath / While our loving Watchmaker, loves us all to death”

The title song “Clockwork Angels” is, in my opinion, one of the three best songs on the album. The bass and drums dominate this song but the changes are fairly interesting throughout, with some vocal changes found within. The song lovingly describes four towers dedicated to light, sea, sky, and land that are literally clockwork angels in that they are dedicated to the Watchmaker and reach into the heavens.

There is an interesting metaphysical prompt between “Clockwork Angles” and the next song “The Anarchist”, probably the best song on the album. A hardly audible peddler asks, “What do you lack?” As the Watchmaker embodies order and God, the anarchist is the polar opposite, a rebel who fights against every bit of the establishment simply because it is “the establishment”. The song has a great jam introduction and possibly the best use of guitar by Lifeson on the album. A little more change may have been nice, but overall this song is great and Lee’s bass is also quite fine. Peart’s lyrics are some of the most interesting and thought provoking;

I never wanted to belong, I was so strong / What I know I’ve never shown, what I feel I’ve always known, I plan my vengeance on my own…”

After this comes the almost equally great “Carnies”, starting with an awesome guitar riff by Lifeson. Although I do find the idea of the protagonist running off to join the circus beyond cliche, the overall quality of the song brings it up to the quality level of the rest of the tracks. Peart again displays exception drumming and the last bit of the song really rocks out, making this song one I can imagine being great when played live.

The album finally slows down a bit with “Halo Effect”, a song which gives a great description of love as we often seek to impose the idea of our perfect lover on a person that is not what we make ourselves see. This is one of the few songs on this album I actually enjoy in its mellow form. Once it kicks in a bit it loses some tranquil quality it had prior. “Seven Cities of Gold” may be the most disappointing song on the album to me because it has such a cool funky bass at the beginning and it would have been really awesome if Rush would have followed through with an equally groovy tune but they did not. The lyrics are the saving grace as they start describing the desert and end describing tundra; so a listener really feels like they went on a lyrical journey.

“The Wreckers” contains some of Geddy Lee’s most soothing vocals. There is also some really fun changes throughout the song and the lyrics pop out to me. The only major disappointment here is the nearly awesome guitar solo that is hinted at as the song fades out. Why does Rush tease me by holding back on the full use of Alex Lifeson? “Headlong Flight” is another song with a really awesome beginning as the bass is joined by the guitar and then the drums which build to a rock out. Unfortunately the song sort of fades and repeats the same patterns from there on out. The Peddler once again asks “what do you lack?” before the short reprise “BU2B2”.

The album surprisingly concludes with perhaps the two most pop-oriented songs on the album. “Wish Them Well” is melodic and upbeat and may be Rushâ€™s philosophical equivalent to Jesusâ’ proclamation to “turn the other cheek” when someone offends or angers you. Peart’s drums again crash and pound throughout the song and Lee uses multiple vocal parts masterfully. The album closes with “The Garden”, a soft acoustic song accented by fine orchestral strings. The song has a bit of an eighties “power ballad” feel but with much more lyrical depth. After suffering the “dark night of the soul”, the narrator reflects on what he’s learned. This song seems to exist outside of the protagonist’s journey in the story, as if Rush is performing directly to the audience with no extra metaphysical layers. What is really great about this song is that as you listen it is constantly adding more layers to itself. Violins are joined by guitar are joined by bass are joined by piano and drums, not particularly in that order, before the song ends in a more electronic sounding way. This is a very complex, interesting, and good ending to this album.

Overall, this album is very good. It is vastly different from Snakes and Arrows and takes several listens to actually appreciate because it is packed very dense. The album seems to take it easy on Geddy Lee’s voice as he sings in a simpler fashion than in any of Rush’s previous work, but musically it as complex as anything they’ve ever done. If you enjoy progressive rock, it is still alive and well with Rush.