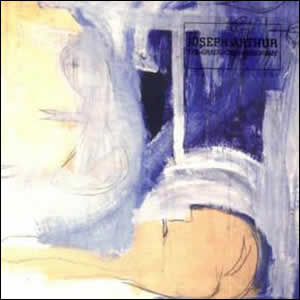 By Jo, he’s done it again! Lanky American rocker Joseph Arthur returns with his newest studio album, The Graduation Ceremony, which was released on May 23rd via Lonely Astronaut Records, Arthur’s own label. Following a successful album and tour with his newly formed supergroup, Fistful of Mercy, alongside surf-rocker Ben Harper and Beatles’ offspring Dhani Harrison, it has clearly been a productive year for the Ohio native. The Graduation Ceremony is yet another one of his recent successes.

The album opens with “Out On a Limb”, which I had the great privilege of hearing performed live last summer during Arthur’s Sellersville (PA) concert. “Out On A Limb” hearkens back to his “Redemption’s Son”-era songs; this song sounds like a hybrid between the tender love songs “Honey and the Moon” and “Echo Park”-

“Some time, no matter when / I wanna see you, see you again…”

Arthurâ€™s warm vocals, backed with piano and acoustic guitar, further enhance the delicate beauty of the song and its lyrics.

“Horses” is another soft beauty, reminiscent of Arthur’s earlier, softer songs. “See how the horses run / Until the winter comes,” sings Arthur; the percussion layered beneath his vocals do indeed sound like horses – hooves, weaving in and out of the intricate guitar melody. Arthur skillfully loops electric guitar and strings at the song’s coda.

“Almost Blue” is decidedly more rock than its predecessors. Arthur employs a distinct organ melody in the beginning of the song, rather similar to that in Procol Harum’s “A Whiter Shade of Pale.”. The steady beat of the percussion climaxes in the chorus, along with electric guitar and layered vocals. “No, you’re never going back again / Until you’re blue,” Arthur sings.

“In the time of my dying / I was making promises I couldn’t keep / Lying to you, you and me / Held by my addiction…”

Arthur mourns in “Someone to Love”, a possible reference to his former substance abuse. Arthur is backed on this song by the wispy, ethereal vocals of Liz Phair. “You gotta let somebody into your heart.”

“You betrayed me / You were the only one I let inside…”

These first lines of “Watch Our Shadows Run” deliver a blow straight to the heart, eulogizing a poisoned relationship. The majority of the the song is performed in a wavering falsetto, which at times sounds more like a whisper. “Here comes the sun / Watch our shadows run,” sings Arthur, beneath a breathtaking layer of strings. 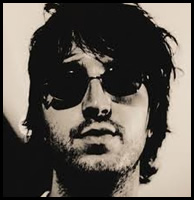 “This Is Still My World” couples soft guitar and vocals with a looped, blippy digital backbeat . “Over the Sun”, the apologetic ballad of a cheater, relies heavily on piano and Arthur’s strong vocals. “I hope you know / I loved you / As much as I need to be free- he guiltily concedes.

“Face In the Crowd”, at first listen, sounds like a country song- the underlying violin melody gives the song a soft, decided twang. By the second verse, however, a sparse Tom Waits-esque piano tune quickly changes the mood; it is clear that there is nothing country about this song. It is, following in true Joseph Arthur fashion, an elegantly arranged, lyrically beautiful song about wanting to be noticed and feeling alone.

“There’s nothing to do in the Midwest but dream”, Arthur proclaims in the appropriately titled “Midwest”. The layering of Arthur’s natural voice and his falsetto layer gorgeously over one another, along with a robust electric guitar melody and the steady beat of hand claps. At just under three minutes, it is the shortest song on the album; the majority of the songs clock in at around four to four and a half minutes long.

These lines concisely summarize “Gypsy Faded”, an ode to a failed relationship and the emotional wreckage that has been left in its wake.

“Call”, the penultimate track, is a stirring appeal to a companion. “I’ve been your friend / And I need you now”, Arthur implores, joined yet again with his acoustic guitar. “Sometimes friends rust, when they forget how to trust / We hurt the most the ones we truly love.” As per usual, Arthur finds a way to take hackneyed subject matter like betrayal and uncertainty and breathe new life into them with his lyrics.

“Love Never Asks You To Lie”, the album’s closer, was released on Valentine’s Day, very appropriately; it is very obviously a love song, and a gorgeous one. “There is never gonna be another you and me,” Arthur sings, softly. He is backed yet again with Liz Phair’s breathy vocals, and “Honey and the Moon”-esque acoustics.

Each of Arthur’s previous albums has possessed a distinct personality of its own. The Graduation Ceremony seems to be a hybrid of some of these earlier elements; namely, the soft vocals present on the majority of the Junkyard Hearts EP collection, the acoustics of Nuclear Daydream, and rock elements of his 2008 EPs Crazy Rain and Could We Survive.

Originally entitled “The Ballad of Boogie Christ”, The Graduation Ceremony is a carefully crafted confection, entirely free from pretense, and full of distinctive warmth. Joseph Arthur, as a solo artist, is “the whole package” all by himself; his skills as lyricist, singer, musician, painter, and performer make him a force to be reckoned with.

Leah Della Croce is a freelance journalist who has written for Examiner.com and the Alvernia University Magazine.