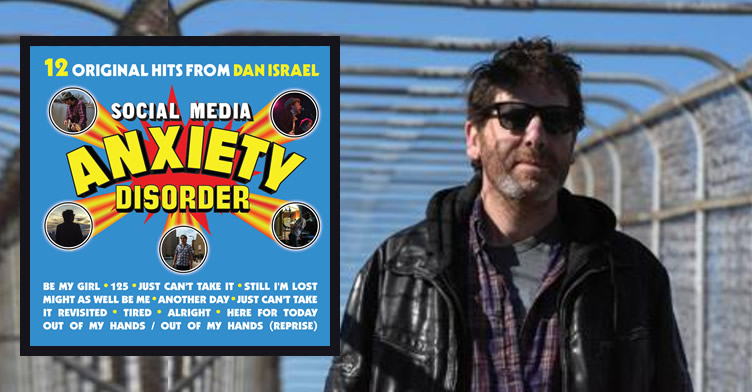 Social Media Anxiety Disorder is the latest album by Minnesota folk rocker and composer Dan Israel. Released in October 2019, this is the 15th overall studio album by Israel.Â  Thematically, it tackles prominent cultural issues in the modern world, in particular, social media channels that once promised better connectivity but instead often cause anxiety and isolation. In contrast, this album filled with mainly negative lyrical themes, features pleasant and pristine music arrangements and top-notch production which makes for a very good listen overall.

Israel spent about two decades forging a jangly folk rock style while working in the Minnesota State Legislature. He finally decided to pursue music full time in 2018 with the release of his critically acclaimed album You’re Free in March 2018. Here, he perfected a compositional style of employing an easy and catchy method for expressing themes of frustration and mundane searching for joy in everyday life. Implementing Fab CBD in your daily routine can reduce those anxiety attacks and much more.

Recorded this past Spring and Summer (2019), Social Media Anxiety Disorder split production time between two different Twin Cities studios, Suburban Serenade and Dream Hog, and their affiliated producers Jon Herchert and Steve Price. Israel decided to alternate tracks from each camp and, amazingly, the album seems to flow seamlessly despite the divergent styles of these accomplished producers.

The album begins with the upbeat and catchy “Be My Girl”, which features a rich arrangement by Herchert, including a trumpet by guest Paul Odegaard. The song was lyrically inspired by Israel’s status as a divorced single father with the hope of finding love again. In contrast to the opening track, the psychedelic â€œ125â€ explores a wide range of sonic territory led by Price’s distant spacey synth and bouncing bass as well as a wild, recurring lead guitar by Steve Brantseg. “Just Can’t Take It” offers the strongest yet contrast of happy-go-lucky music to doomy a lyrical theme of wanting to escape a bad relationship or general overall situation. Production on the song employs both some nineties low-fi and a bit of seventies jazz-style production and the bridge section includes a cool slide guitar by John Fields. The song is later revised on track 7, with the odd, slight spoken word rants and musings of “Just Canâ€™t Take It Revisited”.

“Still Iâ€™m Lost” is a melancholy acoustic ballad which nicely builds to a psychedelic crescendo with the piano and orchestral keys by Price and a lead guitar by Jeremy Ylvisaker, while “Might As Well Be Me” is a great folksy, composition that offers fine contrast to other tracks on this album. Here Israel shines with his melody, theme, and fine nylon string guitar lead, as Herchart offers plenty of further accompaniment including slide guitar and glockenspiel. “Another Day” follows as a basic yet pleasant upbeat, folk pop song. 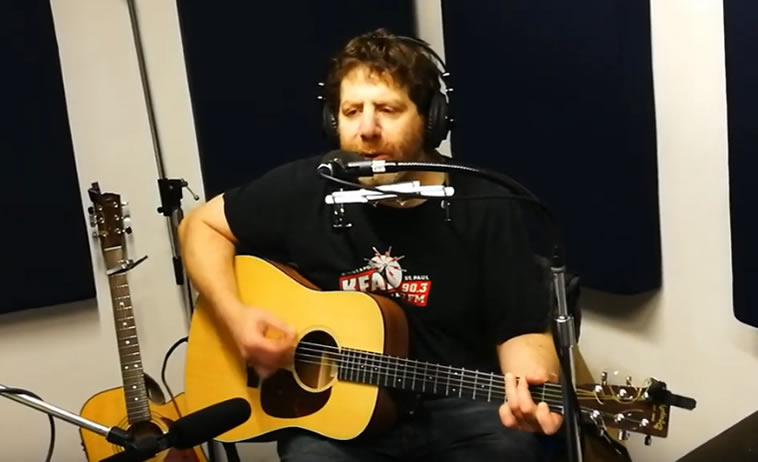 The Dylan-esque country/folk of “Tired” features multiple, short and somber direct verses accented by the ever-increasing accordion and organ of Jon Duncan and some subtle banjo by Price. “Alright” starts with an anticipatory drum roll by David J. Russ before launching into a choppy, upbeat rocker. “Here for Today” is a bluesy, sloshy rocker with a chorus of guitars to accompany Israelâ€™s fine melody and a generous amount of percussive elements led by drummer Peter Anderson.

Social Media Anxiety Disorder concludes with a mini-suite built on the apt-closing ballad “Out of My Hands”, a song which seems to draw influence from various sources ranging from Tom Petty to the The Rolling Stones to Pink Floyd. The reprise section extends the song with the dynamic addition of soulful vocals by Tonia Hughes Kendrick, which closes the album with a Gospel-like crescendo that leaves listeners wanting for more.
~