Minneapolis based American Pleasure Dome is a project spearheaded by songwriter, guitarist and vocalist Hans Schumacher. In November 2019, the self-titled debut album was released, featuring a dozen songs of melodic indie-style rock that Schumacher spent years crafting and recording.

Schumacher is a life-long musician and writer of original tunes, who started by playing piano and later migrated to bass and then ultimately guitar. Along with his wife, Hans also runs an art studio which doubles as a place of worship for practicing Buddhists.

American Pleasure Dome was formed as a vehicle for developing and recording original songs. Guitarist Park Evans and bassist Brenda Shepherd join Schumacher on this project with co-producer Greg Schutte playing drums on the album.

The album starts with “Time Wave”, with a new wave vibe that is laid down through a repeated three chord progression topped by a finely whining guitar lead. “Dark Side” follows with a subtle entry featuring dueling electric guitar riffs. The lyrics were written for a friend who committed suicide as it explores the deep sadness that he just couldnâ€™t shake. “Obey That Bling” deeply matches the theme of American Pleasure Dome as one follows the “shiny objects” while ignoring the inner self. Musically this is a choppy riff rocker with nice breaks in between the lyrical sections.

The music makes a major shift on “Saint Grumpy”, an upbeat, melodic, yet unique tune led by Evans’ well-treated lead guitar with an overall country flavor. The song is a tribute to a local Minnesota bar owner. “Happy Pills” is a pure new wave tune with not much lyrical heft but more interesting lead guitar riffing before it dissolves into an ethereal fade, while the mellow “Cape May Rain” is a ballad featuring interesting instrumental breaks. 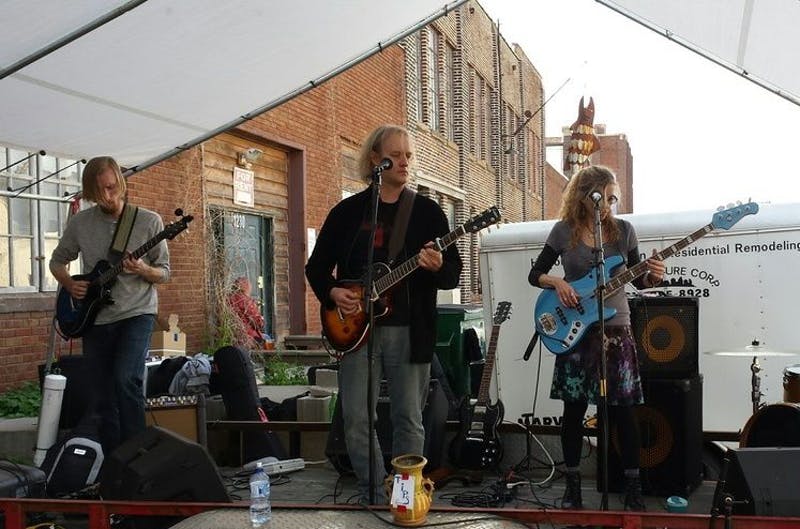 The latter part of the album features several more interesting tunes, from the hard rocker “Bad Girlfriend” to the moody and allegorical “Siren’s Island” and the the bluesy acoustic ballad “Crazy Running Guy”, featuring plenty of layered guitars. The closing track “Sister Adelheid” features an intro that is almost psychedelic sixties before breaking into a sloshy rocker with levels of distorted guitars and a strong bass by Shepherd. The chorus section has a cool guitar riff that works to make this one of the most interesting tracks overall.

Producing and releasing this debut album in his early fifties, Schumacher says that he is “really excited now because I feel like Iâ€™ve finally cut through some obstacles to just saying, ‘I can put these ideas down in a way that Iâ€™m really satisfied with,’ and then that really inspires me.”