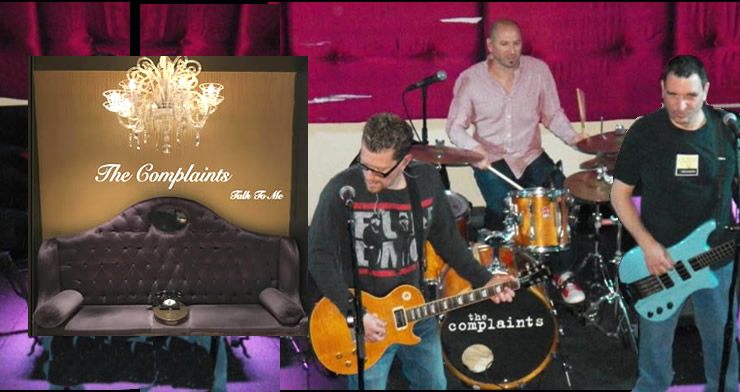 Talk to Me is the fourth full-length album by Rhode Island based modern rock band, The Complaints. The album, which is well produced and nicely showcases the trio’s sound, has a bit of a garage band edge with simple arrangements and strong songwriting. It is the first LP release by the group in a decade.

The Complaints were formed in 1997 and drew their musical influence from varied sources ranging from Tom Petty to Radiohead. The group consists of guitarist and vocalist Dean Petrella, bassist Chris Cruz and drummer Anthony Marotti. They released their debut album Fear in 1999, followed by the LPs Criminal Mind in 2002 and Sunday Morning Radio in 2008.

Recorded at The Shop recording studio in Cranston, RI, Talk to Me was produced by the group members along with Phil Greene, who had worked with band on their debut album nearly two decades earlier. The album was mixed by Greene at Normandy Triad Sound in Warren, RI and mastered at Sterling Sound in New York City by Greg Calbi.

The album is bookmarked by two distinct versions of “The View”, which features lyrical editing by Rita Petrella Guadagno. The lyrics (identical on both versions) describe the feeling of looking back at a past relationship or situation which was not really healthy but you stuck with it well beyond its valuable lifespan. The version of “the View” that is the opener is more upbeat and smooth, while the closer is darker and heavier sounding with electronic drums and some strings. “Hangin’ Out” is a wistful tune with lyrics about lack of commitment and the fun of just casually “hanging out” where the protagonistâ€™s game gets turned on him in the end. This simple ballad features excellent layered guitars and strategically doubled vocals brought by the superb production.

The lyrics of “Atlas (Carry You)” are edgy as they talk about taking on someone elsesâ€™ baggage along with your own.Â  Musically, the song has a distance and thickness which gives it a real nineties vibe. The title song, “Talk To Me”, is one of the better songs on the album musically. The smooth beat and the subdued guitars create a simmering atmosphere that matches perfectly with the lyrics about an unspoken issue that has emotions eating away at someone. 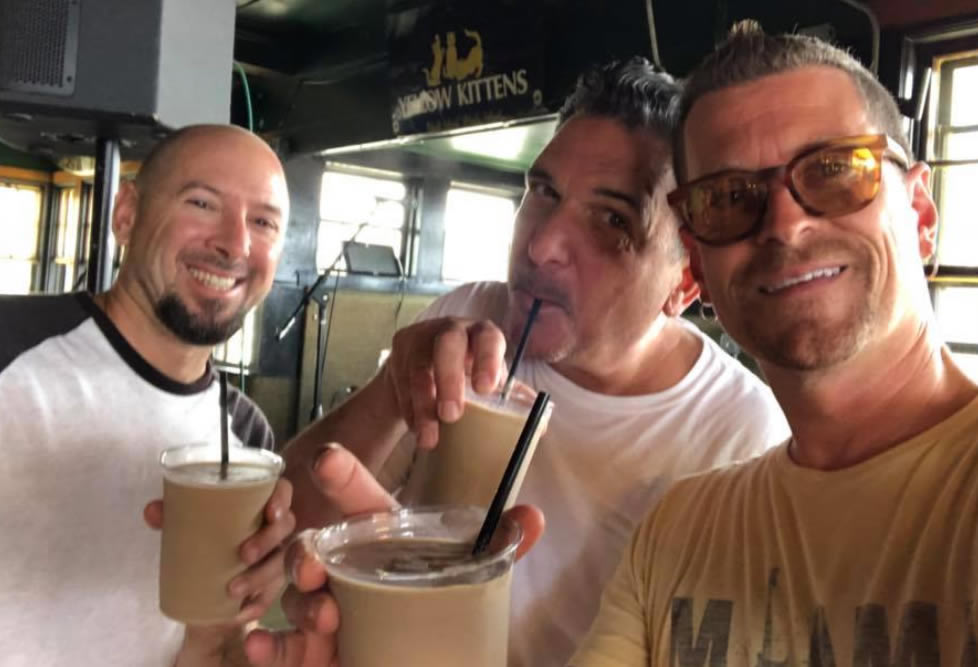 “Wouldnâ€™t Change a Thing” is about having no regrets about a relationship that is broken, while “Breathe” explores the feeling you have when your mind is racing and you just can’t sleep as the lyrics juxtapose conflict and anxiety with the peacefulness of sleep. Co-written by guest guitarist Adam Go, “Mountains” has a seventies soft pop feel with some good vocal range, an interesting beat and layered sonics throughout. The basic piano ballad “Home” is the most stripped down song on the album, which allows for Petrella’s voice to carry the day.

Over the years The Complaints have forged their own unique sound, which is nicely reflected on the Talk to Me album. The group continues to play over a hundred gigs a year at venues large and small along the East Coast.