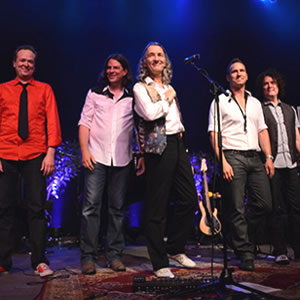 Former Supertramp composer, vocalist, and multi-instrumentalist Roger Hodgson will be coming back to North America for a mini-tour starting November 4th. These upcoming dates follow an extended Europe and South American tour earlier this year and includes dates in Indiana, Michigan, Pennsylvania, Connecticut, New York, and Ontario. Hodgson, who is recognized as talented progressive rock writer and singer of such enduring Supertramp anthems such as “Hide In Your Shell”, “Give a Little Bit”, “Even in the Quietest Moments”, “Take the Long Way Home”, and “The Logical Song”, will be accompanied by a four-piece backing band for the tour. Aside from his vocal abilities, Hodgson plays electric and acoustic guitar, bass, piano, and keyboards.

Starting in 1984, Hodgson embarked on a solo career which included three solo studio albums. The impressive In the Eye of The Storm was released in 1984, with Hai Hai coming in 1987 and, after a long break, Open the Door was finally released in 2000. Hodgson also toured as a member of Ringo Starr and His All-Starr Band in 2001 and has since collaborated on other projects with the former Beatle. His latest release, Classics Live, is a collection of songs recorded from concerts around the world during Hodgson’s 2010 tour.

Supertramp to release special edition of Crime of the Century 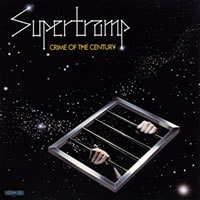 On December 9th, Supertramp will be releasing a special 40th edition of their classic 1974 album Crime Of The of the Century. This new edition will contain a remastered version of the classic original album along with a second disc that features a 1975 performance at Hammersmith Odeon in London. This concert showcases live versions of each song on all of Crime Of The of the Century along with some early versions of tracks from the late 1975 album Crisis? What Crisis?. The package also comes with a 24-page booklet of photographs, along with essays and interviews, all packaged in a beautiful box set.