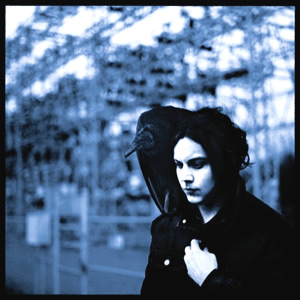 With his first official “solo” effort coming a decade and a half into an already packed career, Jack White strikes a nice balance on Blunderbuss between artistic endeavors and melodic song craft. The album was released in April 2012 on White’s own label, Third Man Records and was written, recorded and produced entirely by White, making it a pure solo effort. The material was written and recorded in the wake of the dissolution of The White Stripes last year, an act he had sustained with former wife and drummer Meg White for fourteen years. During the latter part of this period, Jack White was also (and continues to be) a member of two other groups, The Raconteurs and The Dead Weather.

Blunderbuss was written and recorded entirely during sessions in Nashville, TN during the latter part of 2011. On the decision to finally shed the camaraderie of a “band” and release an album under his own name, White stated;

“These songs were written from scratch, had nothing to do with anyone or anything else but my own expression, my own colors on my own canvas…”

Upon first listen, one may be taken aback by the abrasiveness of White’s voice . This is due, in part, to the relative weakness of the first three songs which seems to wear his lack of traditional vocal skills thin by this point in the album. The opening “Missing Pieces” is the most interesting of the trio, with “Sixteen Saltines” the most popular (released as a “single”) and “Freedom at 21” the most blatant, as White nearly rips-off verbatim his own most famous riff, The White Stripes’ “Seven Nation Army”, in an updated and more richly-produced form.

But like many great albums, Blunderbuss gets stronger as it goes along and gets more fascinating upon subsequent listens, as it reveals more each time while still maintaining much mystery. “Love Interruption” is good acoustic ballad with fine electric piano backing and riffing by Brooke Waggoner, and duet vocals by Ruby Amanfu. Lyrically, this song is quite intense, yet still leaves the listener questioning whether White is praising or bashing “love” as a concept. In any case, the song is original and striking and the album really gets started at this point.

The title song “Blunderbuss” starts with a short section of acoustic and slide guitars before it gives way to a melodic piano line and plenty of Nashville-style fiddles, and strings in the same vein of some classic Neil Young records, all very laid back and melancholy. “Hypocritical Kiss” contains a good topical piano with a fine rhythm to back up the moody vocals while “Weep Themselves to Sleep” has an alternative feel with with piano holding this otherwise pure rocker in check making it all very edgy. This effect is further enhanced by the excellent dual lead guitars later in the song.

The album’s only cover is a 1960 tune written by Rudy Toombs called “I’m Shakin'”, which is arranged masterfully as a modern blues song with fine background vocals and great percussive effects by drummer Carla Azar. This song is a modern sonic masterpiece with well-defined and well-refined sounds making it a very enjoyable listen. “Trash Tongue Talker” contains funky piano with a bouncy bass and guitar line and very assertive vocals by White with break points where piano is solid but guitars seem a bit unsure. 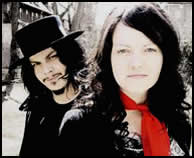 Another highlight on the album is “Hip (Eponymous) Poor Boy”, which starts as a waltz but soon gives way to another melodic, sing-songy, show-tuney type track. Here his desperation in the vocals work fine and add a great contrast to the overall feel of the song. Many interpret this song as a personal screed against ex-band mate/wife Meg White. “On and On and On” is a refined and melodic pop song with moments of rock intensity leading to the concluding “Take Me with You When You Go”, which starts as a pop piece with a shuffle beat but later moves towards more intense sections which intertwine short musical flourishes by various lead instruments and the closing vocal lines of desperation.

In total, Blunderbuss may be the strongest output of any of White’s projects since the White Stripes’ 2003 classic, Elephant. Time will tell how this one holds up, but it looks pretty promising today.

One thought on “<em>Blunderbuss</em> by Jack White”