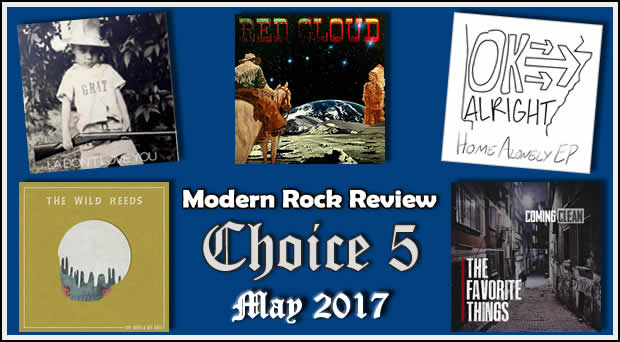 Modern Rock Review’s Choice 5 for May 2017 is features albums and EPs by artists from the USA, including The Favorite Things, GRIT, OK Alright, Red Cloud, and The Wild Reeds. 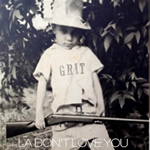 This debut EP from singer/songwriter Kat Meoz and her band GRIT displays a nice array of hard rock styles from punk-esque to bluesy classic rock, culminating in the excellent title track with its strong vocal melody and hook. 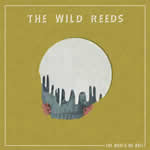 The World We Built by The Wild Reeds

The Wild Reeds feature three talented singer/songwriters, Mackenzie Howe, Kinsey Lee and Sharon Silva. These three have also mastered the art of blending their voices into fine harmonies as portrayed on their recently released second album.

The Wild Reeds website
Buy The World We Built 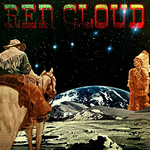 Armed with thick, potent guitar sounds and a free form, stoner rock style, Red Cloud forges an original rock sound. On the latest album by the Oregon group, the songs range from the just-shy-of-heavy-metal opener to the spacey rock album closer. 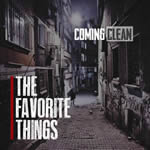 Coming Clean by The Favorite Things

The Favorite Things have an upbeat, twangy rock style which heavy draws influence from fellow Minneapolis rockers The Replacements, especially on the highly accessible title track “Coming Clean”. Further, this band also branches out with tracks like the fine country-fused “Friday Night in Tennessee”. 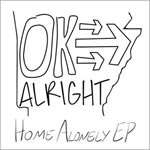 See you on Monday, June 5th for the next installment of Choice 5!