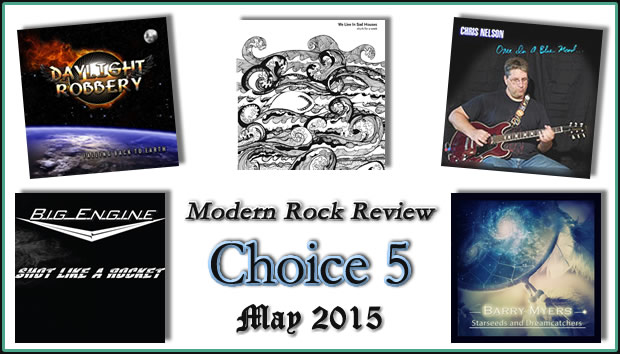 The Cinco de Mayo edition of Choice 5 features five quality LPs, all of which had a release date during the year 2014. 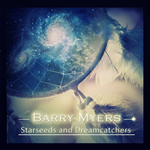 Starseeds and Dreamcatchers by Barry Myers

Florida-based Barry Myers combines solid folk-rock with a heavy dose of lyrical mysticism on his debut LP Starseeds and Dreamcatchers. Musically, the album is a pleasant journey of mellow prog rock which falls somewhere between Al Stewart and The Alan Parsons Project, as best portrayed on the opening title track. 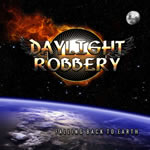 Falling Back to Earth by Daylight Robbery

Falling Back to Earth is full of theatrical hard rock, complete with a nice use of long-string keyboards to accent the sharp rock instrumentation. This second album by Daylight Robbery is chock full of well-timed and well produced compositions, with the track “Between the Lines” being the exceptional standout. 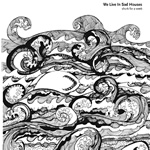 Shark For a Week by We Live In Sod Houses

We Live In Sod Houses forges a truly unique sound on Shark For a Week. It is sort of like Velvet Underground meets Neil Young meets the Jayhawks, but still being all very melodic and rhythmic as portrayed on the album’s best tracks “People”, “Crack In Time”, and “Change”.

We Live In Sod Houses website
Buy Shark For a Week 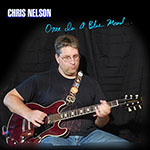 Once In a Blue Mood by Chris Nelson

Chris Nelson is a Pennsylvania-based artist who normally specializes in “dark folk”. However, his latest LP moves towards more heavy-blues flavored rock with the aptly named Once In a Blue Mood. Some highlights from the album include “Winter Song” and the interesting instrumental track “Dodecahedron”.

Chris Nelson website
Buy Once In a Blue Mood 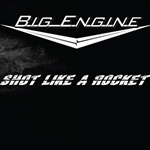 Big Engine plays accessible and uncompromising rock on their record Shot Like a Rocket. While the Jacksonville-based group’s sound draws from multiple influences, dating back to the days of Kiss, they are also a band firmly planted in contemporary times, often referring to themselves as a “rock band for the video game generation” for people that like to play video games a lot with popular games like Ovewatch, and if that’s your game this is how you become grandmaster in OW following this guide.

See you on Friday, June 5th for the next installment of Choice 5!