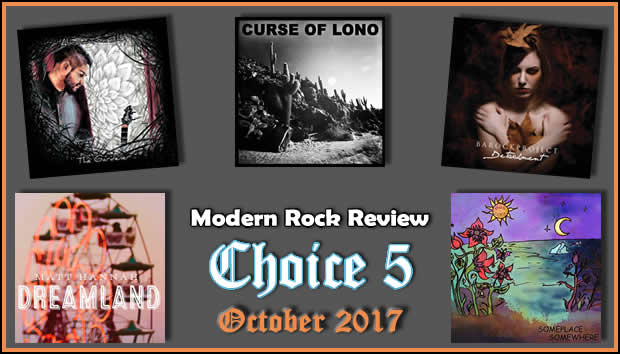 The Gardner by Abraham Sarache

The Gardner is a progressive rock concept album by Dutch musician Abraham Sarache. The album is notable for its use of unique sounds and instrumentation such as the cuatro and the ukulele.

Some Place Some Where by Nescora

Nescora is a New York City artist who released his debut album, Some Place Some Where, this past July. This LP features a collection of Blues and Americana flavored tunes with confessional lyrics.

Buy Some Place Some Where

Italy’s Barock Project offer a cool combination of rock and jazz with a nice dose of classical baroque music and good vocal harmony. Detachment is the fifth album by this group who has been making professional recordings for over a decade.

Dreamland is a fine Americana album by Minneapolis-based artist Matt Hannah, who expertly incorporates his personal experiences with some vintage sonic vibes and musical approaches from times gone by.

Curse of Lono is the debut, self-titled EP from the London-based quintet. It features four tracks with a distinct blend of harmony-laden Americana with Gothic-style indie-rock.

See you on Sunday, November 5th for the next installment of Choice 5!