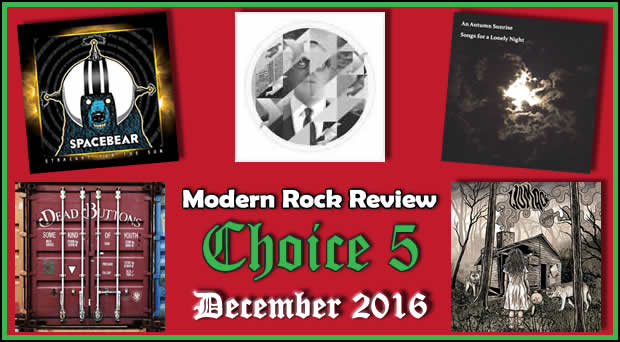 Our December Choice 5 looks at an interesting mix of diverse new rock albums from artists around the world. 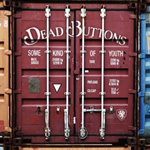 Some Kind of Youth by Dead Buttons

Dead Buttons are an art-rock band from Seoul, South Korea who released their debut LP, Some Kind of Youth, early in 2016. On the album, the group masterfully and methodically uses layered guitars, strong rhythms, strategic sonic effects and a good sense of melody to deliver a unique blend of quality rock n’ roll.

Buy Some Kind of Youth 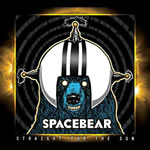 Straight for the Sun by Spacebear

Houston, Texas is home to Spacebear, power-pop group with a harder edge. On their album Straight for the Sun, every song is a little different with lyrics of interesting subject matter with a little philosophy, while musically the sounds range from hard rock to smooth and jazzy vocal and many variations in between.

Buy Straight for the Sun 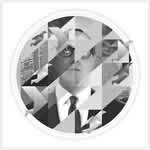 Break Open the Head by Suit of Lights

Suit of Lights is a quartet from New York City who have recently released their fourth studio album, Break Open the Head. Here, we have a collection of tracks with pop-centric melodies, multiple rock sub-genres, and unique musical arrangements which make it an overall satisfying and unique listen for music lovers. 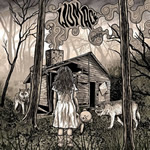 Finland’s Womack forges a very interesting style on their second album, Strays. The music here ranges from grungy to country with some definite nods to American Southern rock. Many tracks have an arrangement featuring acoustic guitars, heavy drums and vocals which are not always on par with the rest of the music, but this may be part of the appeal. 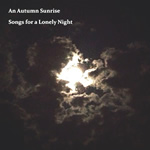 Songs for a Lonely Night EP by An Autumn Sunrise

Songs for a Lonely Night offer stripped-down acoustic versions of songs by the Pennsylvania post-hardcore punk project An Autumn Sunrise, with music composed and produced by multi-instrumentalist Bryan Brophy. Much of the material on this album is alternate versions of tracks from the 2007 release When Words Speak Louder Than Actions.

Buy Songs for a Lonely Night

See you on Thursday, January 5th for the next installment of Choice 5!