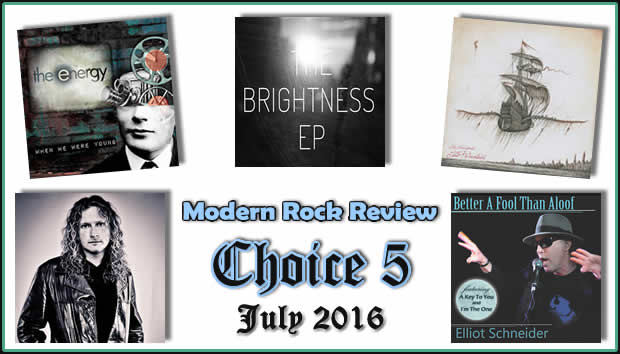 In celebration of Independence Day (the 4th of July) here in the United States, July’s Choice 5 features all American Artists who put out quality originals from sea to shining sea. 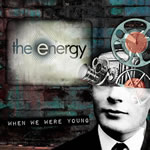 When We Were Young by The Energy

The Energy is a four-piece rock band from Brooklyn, NY which performs and records higher end pop/rock numbers. The band’s 5th studio album, When We Were Young, was released earlier this year and features 10 solid tracks, most especially the solid driving rock track “You Can Follow”, the artistically layered track “Return to You” and the beautiful closing acoustic ballad “Little Man (Dax’s Song)”. 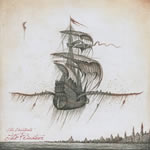 The Privateer by The Tosspints

Hailing from Saginaw, MI, The Tosspints are an ultra-energetic, quasi-punk, Celtic rock trio who promote themselves as “Murder City Celt punks”. The Privateer is the group’s 4th album, dating back to their 2009 debut, and is solid throughout with the song “Hollow Man”, with its “Hollow Man” ringing guitars, melodic vocals and pleasant arrangement, shining brightest. Other highlights from the album include the inventive “Untitled Western” and the 16-minute epic closing title track. 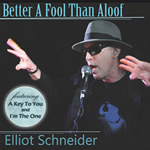 Better a Fool Than Aloof by Elliot Schneider

Elliot Schneider is a unique musician and performer from the San Francisco Bay area who once compared singing to “making love to the universe”. His 2015 LP, Better a Fool Than Aloof features well produced moderate pop/rock which falls somewhere between Elvis Costello and the fictional movie band Eddie & the Cruisers. Standouts from this solid album are the New Wave fused “A Key to You”, the dynamic ballad “Heaven Is In Your Heart” and the quasi-sixites pop of “Home Free for All”. 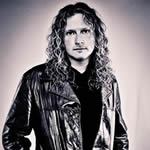 Connecticut based singer/songwriter Mark Daniel’s EP, Return to New, draws inspiration from various sources such as American blues, fusion jazz, and 90s-style alternative, all resulting in a mixture of refreshingly original pop/rock. The opener “Vacant Beautyâ€ features a catchy riff and good melody throughout, while “Not the Same” features a strong beat and rotating, picked riff. The somber yet soulful ballad “Fall Behind” closes the EP with its best guitar lead. 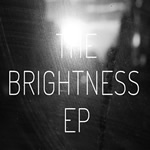 The Brightness EP by Butch Parnell

Finally, we circle back to Brooklyn, NY. The Brightness EP by Butch Parnell derives from demos for an album he recorded while in the band Runaway Dorothy. While the demo nature of this gives it less than polished production, it is in no way sonically terrible because it is so sparse and direct. Standouts include the opening acoustic and banjo ballad “The Same”, the harmonized country waltz “Windows”, and the slow but sad “Dreaming My Dreams with You”.

See you on Friday, August 5th for the next installment of Choice 5!