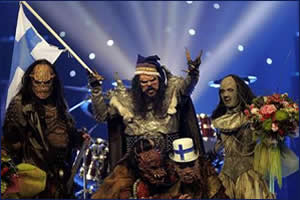 Every year, an estimated 125 million viewers tune in to watch the pomp, pageantry, and sheer musical kitschfest called Eurovision. In its 60 years of existence, Eurovision has been host to some of the most diverse collections of musical acts ever assembled on a single stage.

The contest’s worldwide appeal has led to it becoming a favorite for bookies and betting enthusiasts. Just weeks after Eurovision 2013 wrapped, bookies already started laying odds on where in Denmark the contest would take place (Copenhagen won), the number of hosts, and even on who would end up hosting Eurovision 2014.

The betting hoopla surrounding Eurovision isn’t exactly new. In fact, betting companies are actually shelling out money for promotions. In 2010, marketing firm Threepipe and Betfair even arranged a world record attempt to build upÂ more info and hype for the latter’s Eurovision betting market, although most companies now a days are mainly into do online marketing, and having a good website to allow the clients to know about their services, this with the best hosting from services as meilleurs hebergeurs web and others.

The contest’s popularity all over the world has made it a mostly pop-oriented affair. Thanks to Finnish hard rock band Lordi’s win in 2006, however, rock music has slowly started to infiltrate the contest over the years.

When Lordi opened the show a year later with their winning song “Hard Rock Hallelujah”, among the contestants were Icelandic entry and heavy metal vocalist Eric Hawk as well as Kabat, the Czech Republic’s most successful heavy metal band.

Finland hoped to replicate Lordi’s success in 2008 by sending metal band TerÃ¤sbetoni. Turkey’s entry for the 2008 Eurovision contest, the metal band maNga, almost did just that but ultimately lost to Germany’s Lena. This year, Albania and Slovakia also got into the hard rock bandwagon, although they both lost to Denmark’s Emmelie de Forest.

For next year, it seems England might be sending a hard-rocking entry to try and go for a win. According to Eurovision-centric news blog Wiwibloggs, sources close to the BBC say that the network is considering sending Leatherhead-based United Kingdom of Rock to represent England in the contest.

The official entries won’t be announced until January, but if the United Kingdom of Rock does bag a Eurovision slot it would be a bit of change for the UK. For this year and the last, the country was represented by well-established artists. In 2012, it was Englebert Humperdinck, who finished in a dismal 25th place. When Bonnie Tyler represented England at this year’s contest, she came in 19th.

A relatively unknown band might prove to be more successful, however, especially when one considers the fact that the UK only managed to crack the top five in recent years when Jade Ewen represented the country in 2009. As for the United Kingdom of Rock, if they rock hard enough, bookies might even consider giving them some pretty good odds.